There’s a Cloud Core Network in Your Future. Here is What You Need to Know and Why

If you’ve had a relationship with Windstream Enterprise in the past, it may surprise you how much we’ve changed. We’ve always had a strong focus on our customers and a top-to-bottom sense of responsibility to provide the best experience in the industry. But historically, I wouldn’t have characterized us as a technology leader in our space. That’s changed in a big way. Over the past few years we’ve been hard at work on evolving our network infrastructure. Going forward, we’re differentiating not only by our support, but also by our level of innovation and application of technologies from both in and outside of the traditional telecom space. Much of which culminates in the development of our Cloud Core Network architecture.

What do we mean by Cloud Core Network?  Let’s parse the phrase a bit to get a better sense for what it represents.

Everything today starts with the cloud

The word cloud seems omnipresent these days and is applied to so many aspects of life, it’s sometimes hard to put a single definition to it. My own earliest recollections involve depictions of network devices ( routers, switches, computers) portrayed as a cloud as a means of shorthand rather than drawing out a blur of devices connected in a mesh fashion.

This became a common technique for visualizing the Internet and ultimately grew to be more closely associated with centralized compute/store infrastructure in addition to networking aspects. Often, we most commonly associated the term cloud with commodity infrastructure from the likes of like AWS, Azure, or Google.

At any rate, the term is a bit fungible, but there are a few definitional characteristics that have made the cloud so successful. Fundamental aspects like elasticity and cost-efficiency come to mind. Being able to leverage common infrastructure for multiple customer workloads while building in the notion of oversubscription across that infrastructure; a technique that’s been employed by utility providers since time immemorial.

But I would submit that what has truly enabled cloud proliferation can be found in its simplicity. Abstracting the complexity of all the data center resources required to instantiate virtual machines or serverless compute functions via a simple API, web portal, or mobile app with no knowledge or awareness of the physical or logical infrastructure that powers your application on an on-demand basis. Some might refer to this as the platform or SaaS approach. This seemingly benign capability has been the catalyst for much of the digital disruption happening all around us.

What it means to be cloud to the core

But what connotations do we draw from the term core? For Internet Service Providers this has always been associated with the largest, most resilient/protected, and vital components of the network. Those that aggregate all customer traffic to/from the Internet and ensure highly-performant and secure connectivity for customers across the ISP’s footprint. Similar to the cloud, the core is always the most heavily scaled aspect of any carrier’s network. For Windstream Enterprise, scale at the core translates to multi-terabit per fiber pair (and growing) at an optical level and Nx100G (and growing) at the IP/MPLS level. The core is also most often associated with traffic exchange to other ISPs and content providers by way of protocols like BGP. ISP’s (including WE) go to great lengths to ensure the core is highly-available and approaches as near to 100% uptime as possible.

In many ways, what’s meant by the term Cloud Core is the sum of its parts; a highly resilient, available, secure and performant set of network services, exposed in a cost-effective, on-demand, and elastic way as a Network Platform through a set of simplified APIs and user interfaces. But while it’s accurate and appropriate to view the Cloud Core Network in this light, it’s even more instructive to dig slightly deeper into what constitutes the Cloud Core Network and why how it helps solve your business challenges.

The technical aspects of the Cloud Core network are too numerous to articulate in a short blog, but I’d like to touch on two of the most critical: disaggregation and abstraction.

Disaggregation: Perhaps the hottest topic amongst carriers over the last few years, disaggregation is a principle that’s being applied to almost every area of networking; from the decoupling of optical systems into ‘whitebox‘ transponders, open line systems, and management systems through projects like Telecom Infrastructure Project Voyager, to the concept of pulling apart physical access methods like GPON and wireless RAN into piece parts and transforming telco central offices into mini data centers through projects like CORD. Windstream is an active participant in both these initiatives and aggressively pursuing both thrusts of network disaggregation as they are key areas for how telco/ISP networks will evolve going forward.

But another angle of disaggregation is perhaps even more meaningful where the Cloud Core Network is concerned: that of microservices. Microservice Architectures are nothing new to webscale players and have increasingly made their way into Enterprise IT environments for their ability to strike a strong balance between speed of delivery and safety of development through things like automated QA and orchestrated horizontal scaling. I’ll stop short of an exposition around all the principles and practices of Microservices-based architecture for now, but will relate that Windstream was an early adopter of microservices in our network ecosystem. And it’s our intention and vision to transform every growth function of our network into a set of cloud native microservices, capable of bringing a new era of modularity, scalability, agility, and programmability into the network.

The visual below illustrates how every layer from customer premise to long-haul and cloud data center will be disaggregated into microservices, chained together for fully programmable network capable of evolving at incredible pace through the use of a continuous integration and continuous deployment pipeline.

Abstraction: I’m not sure there’s a more foundational software development practice/principle than abstraction. The surest way to ensure modularity and portability in software is to employ abstraction via normalized APIs and data models as often as practical. This is a central tenant for how we approach the Cloud Core Network as well. By leveraging an increasingly course set of APIs as we move from physical – aka bare metal – infrastructure up to the logical or virtual network functions, we’re able to take the complexity that exists from thousands of network elements, signaling protocols, virtual network functions, and connections and expose that as a simple set of outcome or intent-based APIs.

We refer to them as outcome-based because they allow customers to describe the outcome or experience they want to achieve in simple business-related terms rather than a complex and esoteric set of parameters like DCSP, VRF, QAM, or MOS. To be sure, outcome-based services done well require more than simple abstraction, but making the complex simple starts with applying this longstanding software design principle to our network.

Putting the Cloud Core Network to Work at Windstream Enterprise

As you can probably discern by now, this term Cloud Core Network holds both a great deal of meaning to us and is a huge enabler for our customers. Our ultimate goal is to ensure we’re unlocking real business value for our customers by providing optimized yet secure connectivity for their critical applications in simplest and most cost effective-manner possible. As interesting and cool as I think these technologies are, the Cloud Core Network is ultimately not about technology. It’s about enabling the experience they want and empowering them to consume it on their own terms. And that makes it one of the most powerful concepts that’s come along in enterprise networks in a long time, indeed. 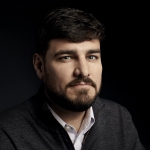 VP of Architecture & Technology
Arthur Nichols
Art is responsible for network evolution, hardware and software certification, and technical product development for all business units in WE. He has been instrumental in developing numerous products. Art holds a BS in Industrial Management from Clemson University.

AI Spotlight: Artificial Intelligence Isn't Science Fiction – and It's Headed to Your Network